How can we use our physical environment to improve our recollection of the things that are important to us?

Memplace is an iPhone app for leaving short notes around your space based on the “Memory Palace Technique”. The app lets you spatially organize things to help jog your memory later.

What was I thinking again?

For consistent note takers it’s easier to write notes than it is to find them again. Long list views in apps or cluttered bookmarks in a notebook are common place, but not alway ideal. Not being able to remember where you placed something (sometimes ironically our notebooks) can be upsetting.

Through conversations with friends I had the idea to allow people to leave spatial notes for themselves. Instead of scrolling through list views, they could assign colored notes to objects and places that already carry meaning.

I realized that allowing people to quickly move between making, moving and editing notes in world space would be important.

Drawing from a UI approach outlined by Martin Schubert and Barrett Fox, I opted for a “tether” interaction to tie quick 2D controls and interactions to notes existing in 3D space. For Mem Place, controls for notes in space could always be within reach. 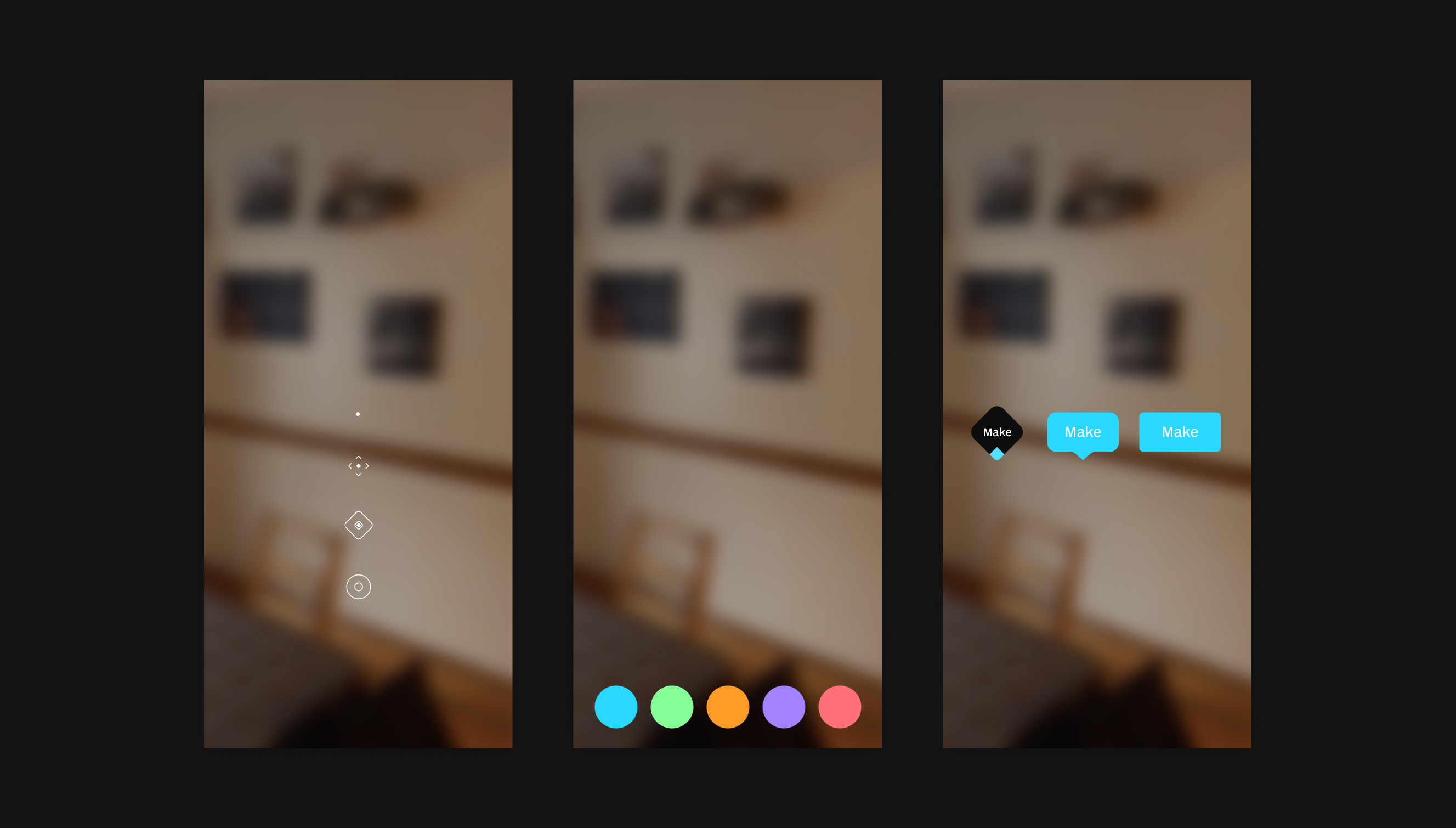 This went through a number of permutations, starting with a toggle that could push out and recall notes.

I later moved onto a carousel pattern which provided more spatial context while editing and avoided unnecessary worldspace rotation bugs. I also gave the tethers a curve to communicate depth and take up less visual space.

Testing revealed challenges around instruction. The concept itself of saving a location was foreign to people and walking people through the process of scanning their surroundings was crucial. To do this I mapped the worldmapping state to two simplified actions and one confirmation upon saving the space. 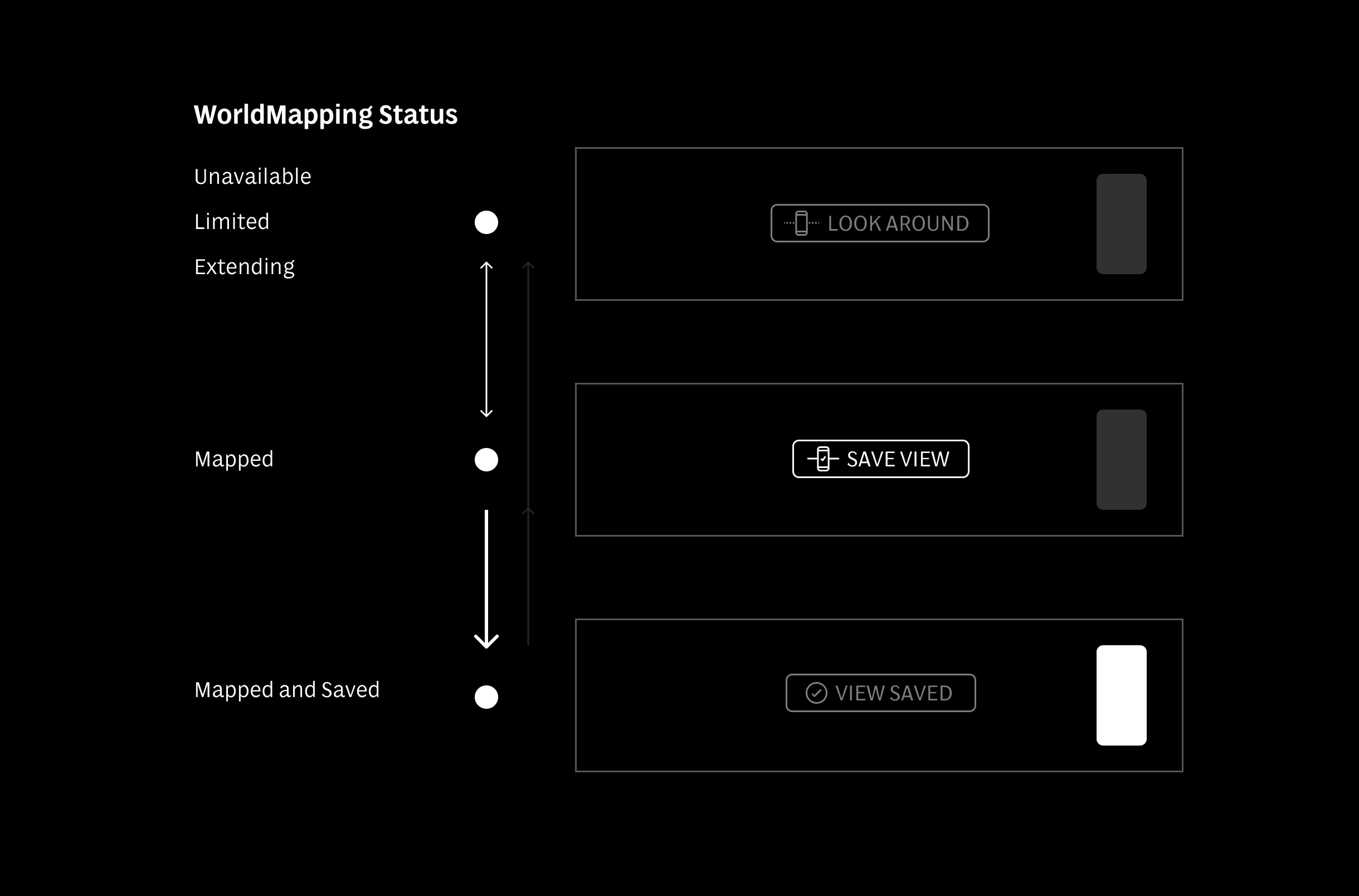 From there, I added a feature which showed a persistent screenshot of the last location saved. This provided both immediate feedback upon saving and a visual for picking up where they left off when opening the app again.

On the code side, it took awhile to wrestle with ARFoundation, world tracking states and performance. Looking back, native Swift may have (or may not have) been a more sustainable route.

Mem Place is currently in version 2.5. I’m looking for feedback! Download the app for iOS or checkout the micro site.